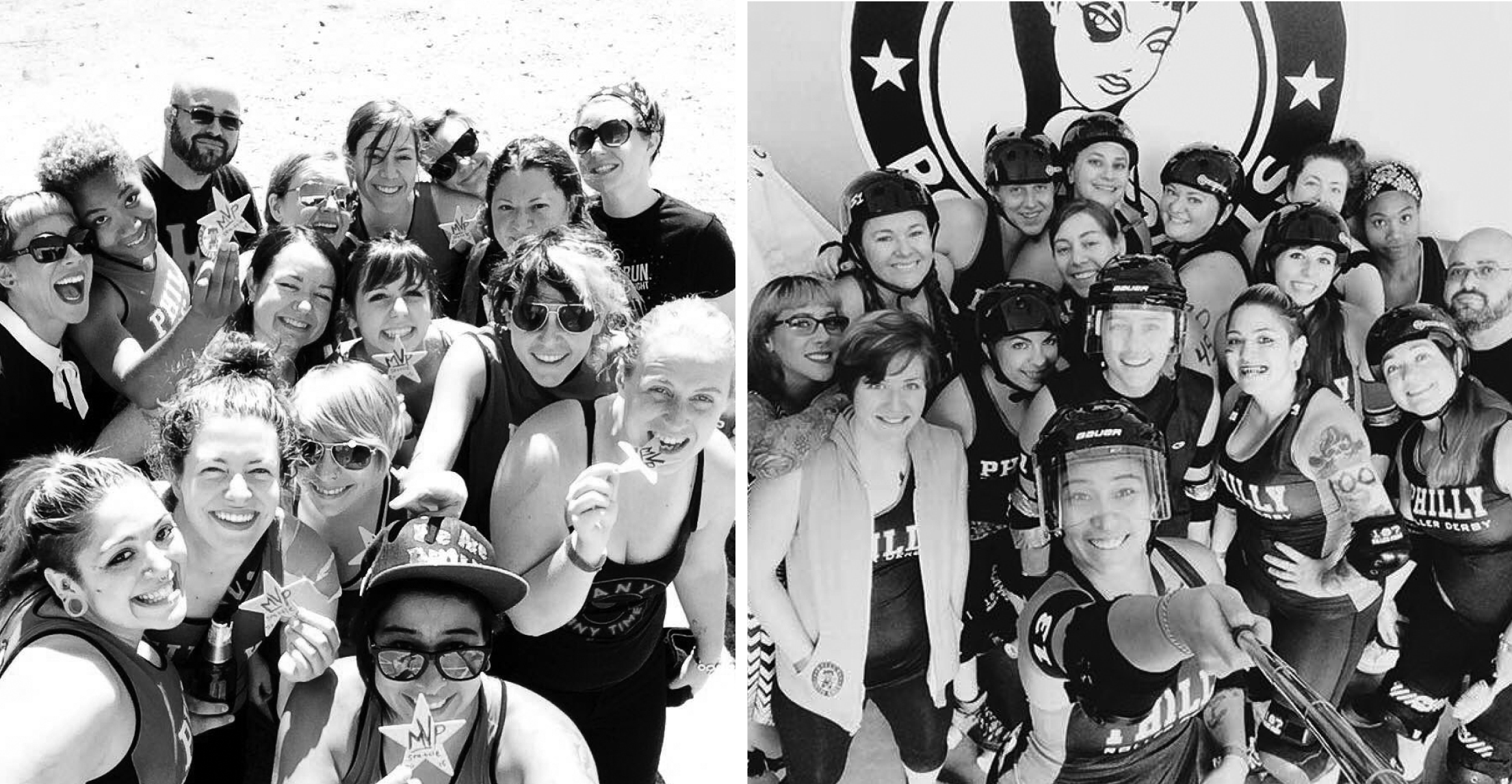 The Independence Dolls have been busy so far this season playing teams from all over the country! This August, they traveled to Seattle, Washington to skate in the 2015 Rust Riot B-Team Tournament. Hosted by Seattle’s Rat City Roller Girls, the two-day tournament included the B-Teams from four of WFTDA’s top 20 leagues: Philadelphia, Denver, Windy City, and Seattle.

The Dolls arrived to the Rat’s Nest, Seattle’s home rink, Saturday morning ready for an exciting day of derby. In the first of two games that day, Philly faced Denver. These two teams played a close game earlier in the season with the Dolls edging them out by two points. The tournament rematch was equally exciting. The Dolls started strong, however Denver came back from behind in the second period to win 181 to 172. After a short break, the Dolls were back on the track later that day to play Windy City. Rallying together with amazing teamwork and skills, they won 223 to 104. In their final game of weekend, Philly faced the hometown favorites, Seattle’s Reign of Terror, on Sunday. Seattle won 188 to 123, though it ended up being their closest game of the weekend, as they beat the other teams by over a hundred points.

Though a grueling weekend, the Dolls emerged a stronger and more cohesive team. As the 2015 season comes to a close, they have their sights set on the Full Metal Bracket B-Team Tournament in October. Hosted by the Texas Rollergirls, the top 10 North American B-Teams will have a chance to battle it out for the number one position.

1 thought on “Dolls Shake Off the Rust in Seattle”