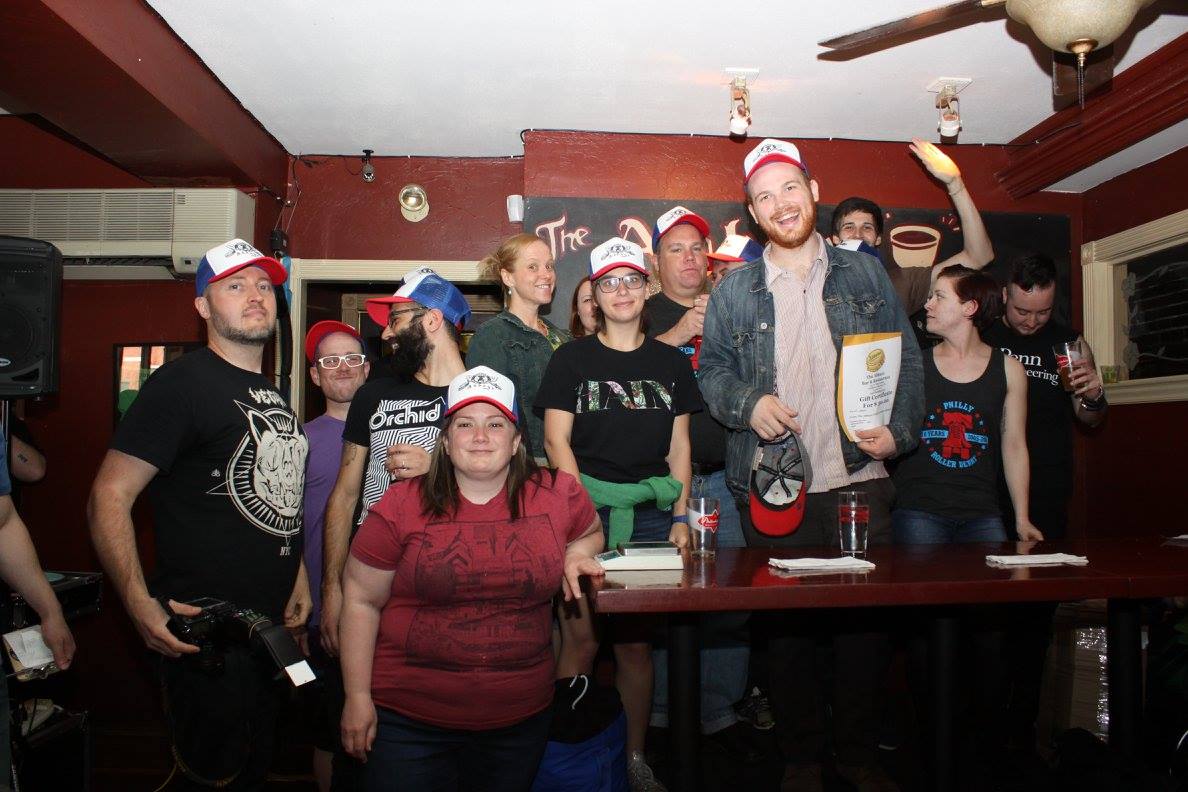 13 hungry Philadelphians consumed nearly 10 pounds of seitan at our 6th Annual Vegan Wing Bowl! PRD teamed up with The Abbaye in Northern Liberties to pledge their allegiance to seitan and competition, and this year’s event did not disappoint.

With rounds lasting two minutes each — the time of a roller derby jam — competitors devoured carefully weighed trays of vegan wings to earn a slammin’ trophy, gift cards to the Abbaye, and bragging rights. In addition, competitors were awarded with all the vegan wings and beer they could consume for the rest of the afternoon.

This year’s first-place winner, Dave, gobbled up 27.4 ounces (1.71 pounds) of seitan, beating out the competition by more than 7 ounces! In second place was Evan with 19.9 ounces, and taking home third place was Meredith with 14.5 ounces.

While Dave claimed the victory, PRD also celebrated the accomplishments of PRD Doll Mar’ge Equality, who chomped down 8.1 ounces, and longtime PRD supporter Dale, who devoured 11.8 ounces. In all, competitors made their way through 152.9 ounces of seitan.

PRD congratulates this year’s winners, who showed the speed, strength and mental fortitude we value in our skaters!