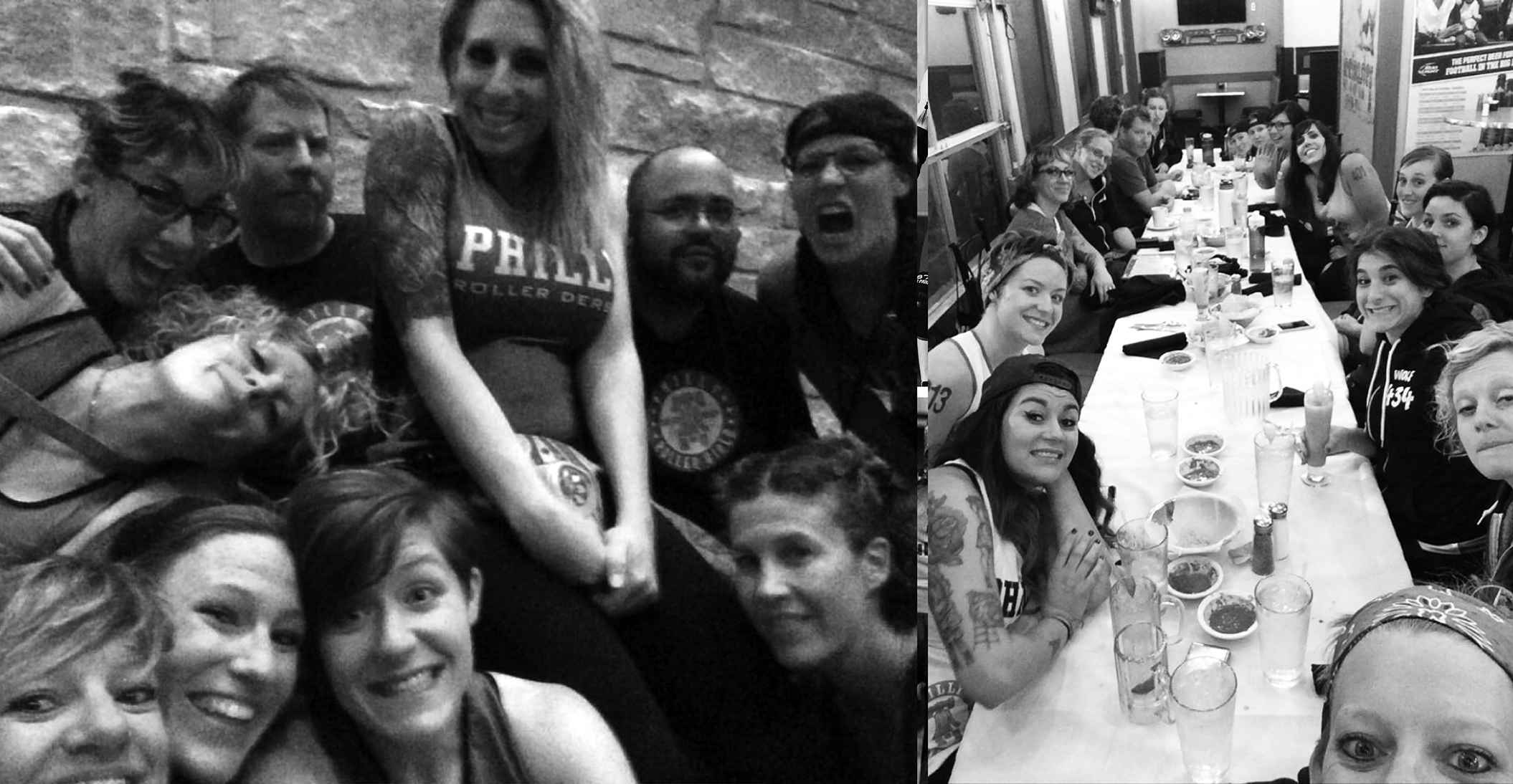 Day two was another tough day for the Liberty Belles. A long day too. Their second day and second 8pm bout (8pm being Belles jammer Persephone’s usual bedtime, and 8pm Central time at that!)

Yet gain, the Belles were playing in Dallas against against a strong Texas team and a full crowd of Texans out to support them. This time though, the Belles were playing the Texecutioners, a team that outranked them at #7 in the WFTDA against the Belles #10. The Belles felt confident though, and knew their opponents well, both on and off the track. The teams have a lot of history with one another, and a mutual respect for one another as well. There was a lot on the line for the Belles in this bout too, as winning it meant a guaranteed spot at the WFTDA Championships in Minnesota this November. “We went into the bout with everything we had. We wanted that Championship game this weekend, and winning this game was the only way in,” said blocker #957, Ginger Vitis.

The first half was undoubtedly the Belles best played half of the weekend. The teams fought point for point for the entire 30 minutes in a high intensity yet low scoring match. With only 16 minutes left in the first half, neither team had more than 30 points (which if you know derby, you know that 30 points is often scored by a jammer in a single jam). The Belles looked strong and went into the halftime break with a 64 to 57 lead over Texas. “I felt like we were showing the world what our identity is. Most of us felt like it was the best half of derby that we played this season, because we played it together,” said blocker #86 Whacks Poetic.

The Belles lead was short lived, however. The experienced Texecutioners team made a few adjustments in the second half (adding in more offense and switching up their jammer rotation to favor powerhouse #202.  Freight Train and #108  Fifi Nomenon) that enabled them to take the lead and run with it. The final score of Texas 203 to Philly 99 took the Belles out of the running for that championship 1st/2nd place bout and into a fight for 3rd place on Sunday, with the 3rd place winner headed to Champs and the loser missing out on a chance at going to Minnesota for Champs this year.

Following the bout on Saturday night, the team met for a big team dinner to relax and fuel up before the all-important match against Rat City the next afternoon.

Sunday was the final day of the tournament and the Belles last chance to win their way into the WFTDA Championship tournament in November. They were in a fight for 3rd place against a tough Rat City from Seattle. Their game against Texas the night before had been a brutal, yet civil match. This game vs. Rat City felt nothing like the friendly match of the night before. Both teams needed the win in order to advance and neither was messing around. The Rat City team took an early lead and never looked back, their jammers beating the Belles defense on the outside lines for much of the game until finally beating the Belles 178 to 154 and with it, securing Rat City’s 3rd place spot in the Dallas tournament and a trip to Champs in November. The final whistle ending the Belles season prematurely for the first time since 2007.

Belles blocker #86 Whacks Poetic describes the locker room vibe after the bout. “Oddly enough, my favorite moment of the tournament was after that final bout, when we sat together in a circle, talking about how much we love each other, how much it means for all of us to be there together and already looking toward next season. It’s sad, but awesome to know that there is a room full of people going through the same pain together.”

The Belles held their heads high though and (as per usual) won the tournament after party that night. We aren’t sure about the accuracy of that last line though, as anyone who was there is having trouble remembering much about the party. From what we can piece together, the party was a great success. Stand out after party winners: Tarantula, Roach and Hussy. (**These folks nominated based on rumor alone.)

As our Liberty Belles tournament season comes to an end, the Belles are already looking forward to next year. For now, their focus is on the upcoming PRD skater workshops and tryouts, the Charlottesville bout October 10th at the Armory, and especially on helping their Independence Dolls prepare for Full Metal Bracket in Austin – the Texas B Team Championship from October 16-18. Maybe Philly will have a 1st Place Championship win after all…. Go Dolls!