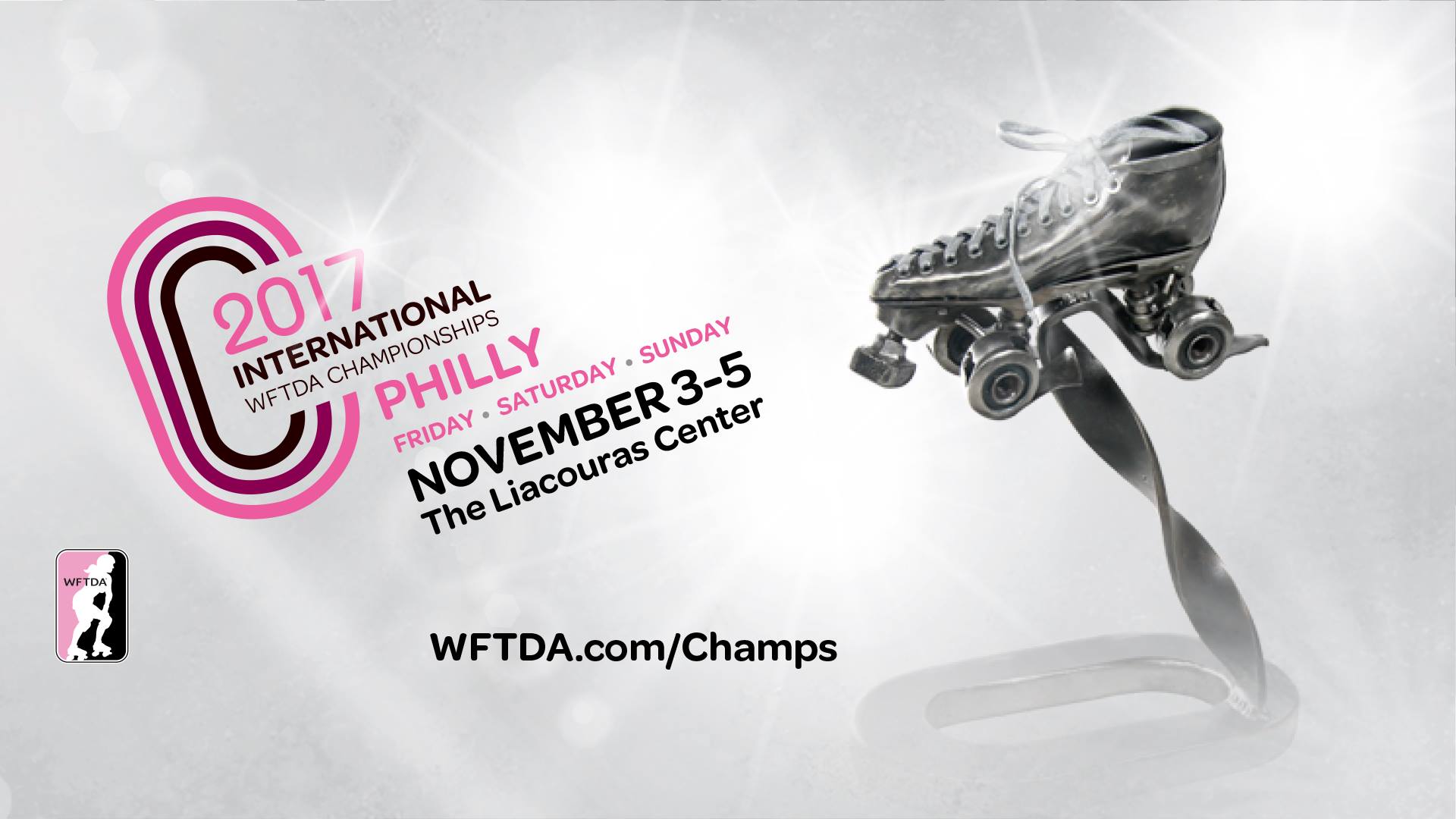 Throughout September, the top 36 teams in the Women’s Flat Track Derby Association will compete in three fiercely competitive tournaments in Seattle, Malmö, and Dallas. All Playoffs feature 12 competitors, with the top four teams from each tournament advancing to the International WFTDA Championships at the Liacouras Center.

After more than a decade of pushing athleticism and competition to new heights, the 2017 International WFTDA Championships will bring the most talented, highly trained skaters and preeminent teams in women’s flat track roller derby together to fight for first place. Only the best have made it this far, and only the greatest will succeed.

“As a founding member of the WFTDA, Philly Roller Derby is excited and honored to host the 2017 International WFTDA Championships,” said PRD President Deborah Gorth. “Having finally established a home for our league in the Germantown neighborhood of Philadelphia this year, we are more at home in Philly than ever and look forward to showcasing all our city has to offer when skaters, officials, and fans from around the world join us in November to watch the world’s greatest roller derby teams compete.”

In addition to hosting the 2017 International WFTDA Championships, PRD’s all-star Liberty Belles will compete for a spot at Champs during Division 1 Playoffs September 22-24 in Dallas PRD is currently the #8 seed in their playoff bracket. The Liberty Belles have participated in post-season Playoffs tournaments every year since 2007 and competed in all but four Championships tournaments.

Established in 2005, Philly Roller Derby’s mission is simple: to promote health, athleticism, and leadership skills in people of all ages through roller derby training and competition. PRD is a skater-owned and operated roller derby league and strives to develop relationships with other nonprofit organizations and charities, and to support groups within the great city of Philadelphia and beyond. For more information, visit http://phillyrollerderby.com/.

The Women’s Flat Track Derby Association is the international governing body for the sport of flat track roller derby and a membership organization for leagues to collaborate and network. Founded in 2005, the WFTDA sets standards for rules, seasons, and safety, and determines guidelines for the athletic competitions of leagues on six continents. There are currently 404 WFTDA member leagues and 54 leagues in the WFTDA Apprentice program.