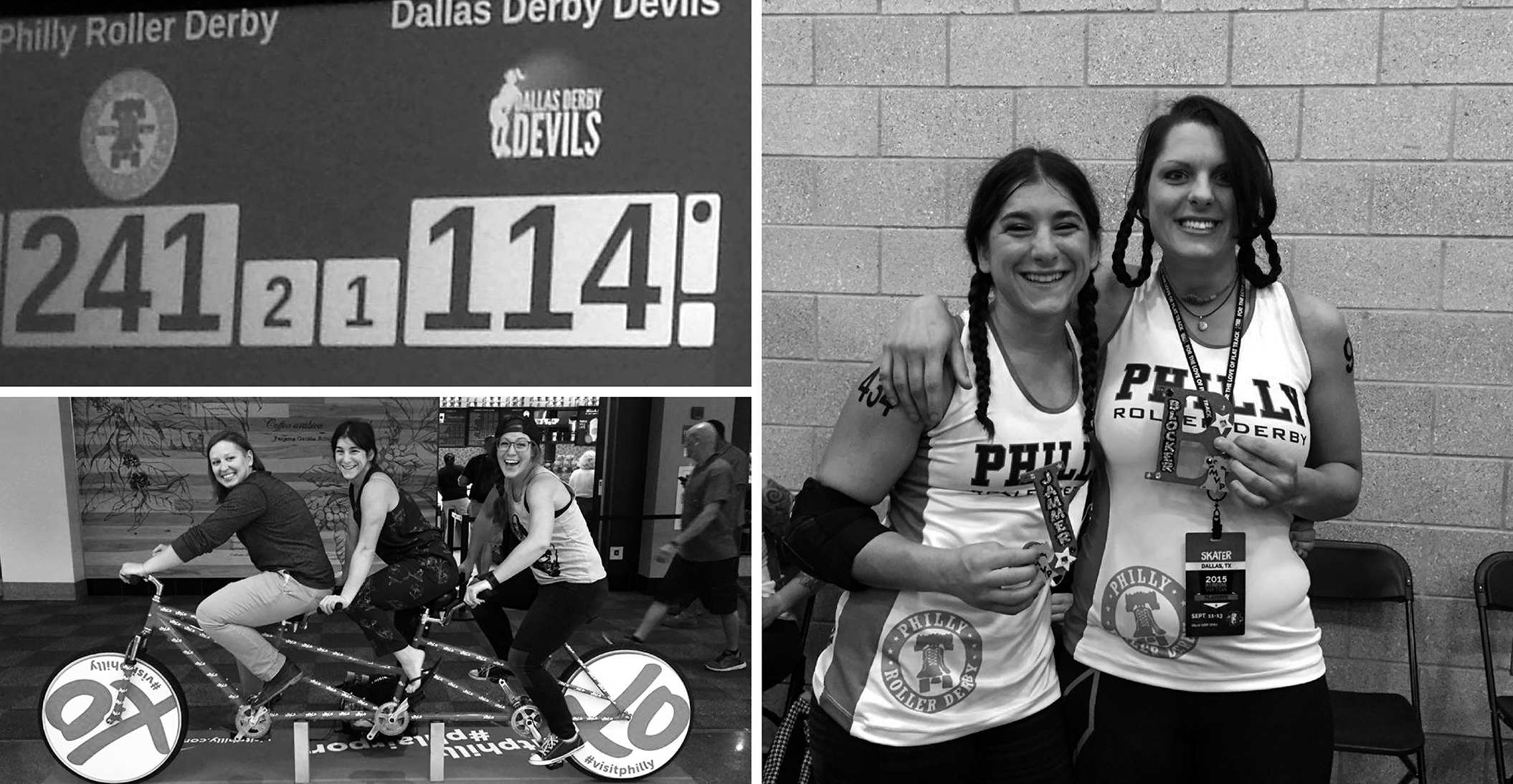 Philly Roller Derby is out at the 2015 International WFTDA D1 Playoffs in Dallas this weekend, and they’ve made it through the first day!

Since arriving in Dallas, the team has enjoyed lots of In N Out Burger, some time by the pool, and their first game against Dallas IN Dallas.

“You’d think that having an entire stadium of people cheering against you would be daunting, but it actually helped to make us closer as a team. It really felt like it was us against the world,” said Belles jammer Herrmann Monster #152.

The first half of the bout saw Philly with an early lead that didn’t stick. With a few Belles jammer penalties, the Dallas team capitalized to catch up and take the lead at the half 84 to 81. To say that the crowd was pleased is an understatement. The Belles headed to the locker room at the half, past a smug Dallas crowd with an almost even game despite being ranked 10th over the 21st ranked Dallas Derby Devils. A loss in this game would have meant an early end to the Belles’ season and no trip to Championships for the first time since 2007.

“The first period was really a learning period for us, because the majority of the time we go into a tournament knowing so much about our opponents. This was a unique situation where we didn’t have any recent footage or information about Dallas or really – what we were up against,” said Liberty Belles Captain Teflon Donna.

The second half though, saw an obvious change in the Liberty Belles and their game play. Belles captain Teflon Donna #85 explains the change:

“It was really about settling into our game and calming down to figure ourselves out and how we expect to play for the rest of the tournament. You can see it in the stats and the difference between the halves. We really figured ourselves out.”

As fellow Captain V Diva #18 put it, “Overall, I would say that we focused on playing our own game. For me personally, I stopped listening to the crowd and began to focus on what was going on, on the track. We definitely felt them out the first period. They came out really strong and we just made adjustments.”

The final score was 241 to 114 and the Belles move on to face yet another Texas team, the 7th ranked Texecutioners tonight (9/12) at 8pm Central. Catch the action at WFTDA.TV for just $15 (a weekend pass).